Funny how a snowstorm can stop you in your tracks.  Over the weekend much of the East coast was recovering from a massive snowstorm followed by ridiculously chilly temperatures.  The city of Boston and surrounding areas came to a halt and schools were canceled after just coming off the holiday break.  Parents very much welcoming the reunion with routine.

Mother nature had a different agenda.  What came from this was sort of magical.  A flashback to my childhood.  I remember winters filled with snow days.  Days that kept me outside like it or not playing in the snow, pond skating, making snow angels and building snow forts.  My brother and I had the rosy cheeks, frozen toes, and dressed like Ralphie’s little brother in  A Christmas Story.  All to be followed by Nestle hot chocolate with all the good stuff.

This weekend my son, Aleisi, and his visiting buddy, Hashim, relished in winning the lottery of a school cancellation for two consecutive snow days.  They played outdoors for endless hours despite the frigid temps.  It took no convincing.  They were drawn to the fluffy, white, fresh snowfall that came to cover their knees.  They shoveled sidewalks for cold hard cash, built snow forts, and enjoyed snowball fights.  It was so fun to watch from the window.  Kids being kids and enjoying the magic of a snowstorm and the bonus of an extra long weekend.  Hot cocoa was enjoyed throughout the weekend and we even took in some ice skating.  That was unexpected fun!  Many laughs at myself (and I admit at others) but in the best ways!  It has been some time since lacing up skates and pretending to be Dorothy Hamill.  Still working on that:)  I relived my childhood though the eyes of a ten and an eleven year old but from the comfort of inside while sipping hot coffee.  It was fun to slow down and embrace the weather.  But now I would love the snow to melt.  We have things to do!  xo

I loved Dorothy Hamill and I had the haircut to prove it! 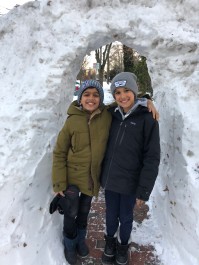 Coffee with a view 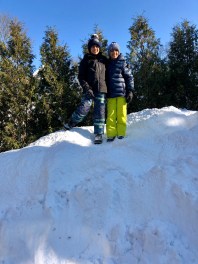 On top of the world

Predication was spot on! 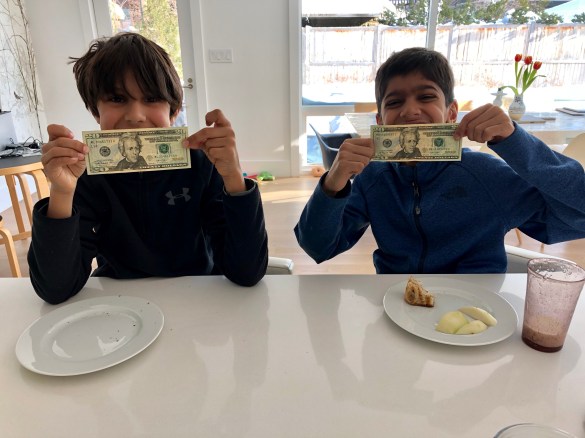 All in on the cocoa!

Her style is shaped by friendships and the places she has been. She dwells in a world that speaks to her, fashion, beauty & style distract her, guiding her to redefine the norm creating her own unique style.

isostilo.com takes you on a journey into the life of this stylish girl.

Be inspired – Be curious, and take what you need to create your true style.